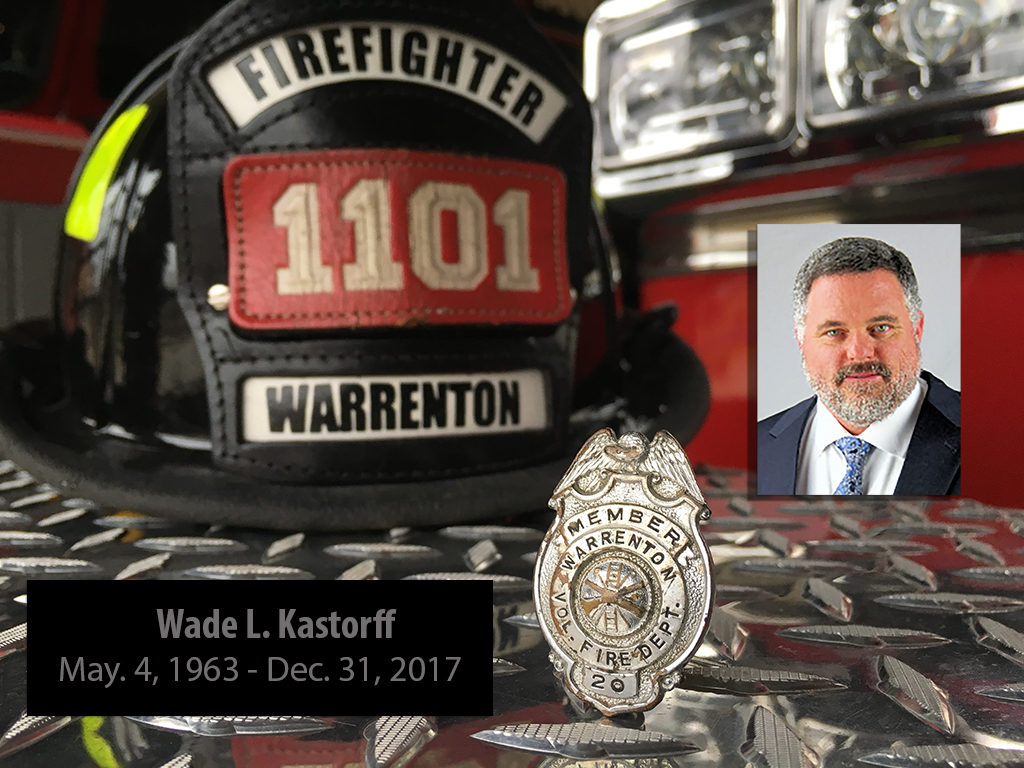 Wade Louis Kastorff, age 54, of Warrenton, VA passed away peacefully in his home after a long battle with cancer. He was the Director of Cyber Security Services at SRC Inc.

A visitation is planned for Sunday, January 7, 2018 from 2-4pm at Moser Funeral Home with a Memorial Service following at 4:00pm. A burial will take place at Quantico National Cemetery, Triangle, VA on Monday, January 8, 2018 at 1:00pm.

In lieu of flowers please make donations to UVA’s Cancer Research program at: cancer.uvahealth.com (“Make a Gift” towards the bottom of the page). Arrangements by Moser Funeral Home 233 Broadview Ave. Warrenton, VA 20186, 540-347-3431, online condolences can be made at: moserfuneralhome.com.

Wade began volunteering with the WVFC in July of 2000. He served in several roles within our organization. From Secretary to Vice President and as an operational officer/Firefighter EMT and Technician. Prior to serving with us, he served the Boulder Creek Fire Department in Boulder Creek, California.
Before the fire service, he served our country in the US Air Force.

A burial with military honors will be held on Monday, January 8, 2018 at 1:00pm. Located at Quantico National Cemetery, Triangle, VA.

Permanent link to this article: https://www.warrentonfire.org/wade-kastorff/