On Sunday, July 1, 2018 at approximately 1900 hrs,  Wagon 1 and Medic 1 were dispatched to a reported traffic crash on Lee Highway in the area of Comfort Inn Drive. Rescue 1 responded as the initial blocking apparatus for the highway response. Fauquier ECC updated responding units that multiple people were ejected from the vehicle and that the vehicle was down an embankment. Upon our arrival we found the incident scene to be located on James Madison Highway prior to the overpass of Lee Highway. One vehicle was found down the embankment and through the guardrail and trees. The four occupants were found on the side of the roadway. Two of the occupants were trapped under the vehicle but were removed by Good Samaritans prior to our arrival.

Medic 1, Wagon 1, and Rescue 1 began initial treatment of all persons complaining of injury. In total, 6 people were evaluated, of which 2 were flown to area trauma centers, 2 were transported via ground ambulances to area hospitals, and 2 refused transport. Wagon 1 held incident command throughout the incident as well as maintained lane closures with Rescue 1. Engine 10 established a landing zone for the two medical helicopters at P. B. Smith Elementary School.

No injuries to emergency personnel were reported. The scene was turned over to Virginia State Police and VDOT, who maintained the lane closure after Fire & Rescue cleared the scene.

Medic 1209 provided a station fill at EMS 1 while units were committed to the incidents (approximately 2 hours). 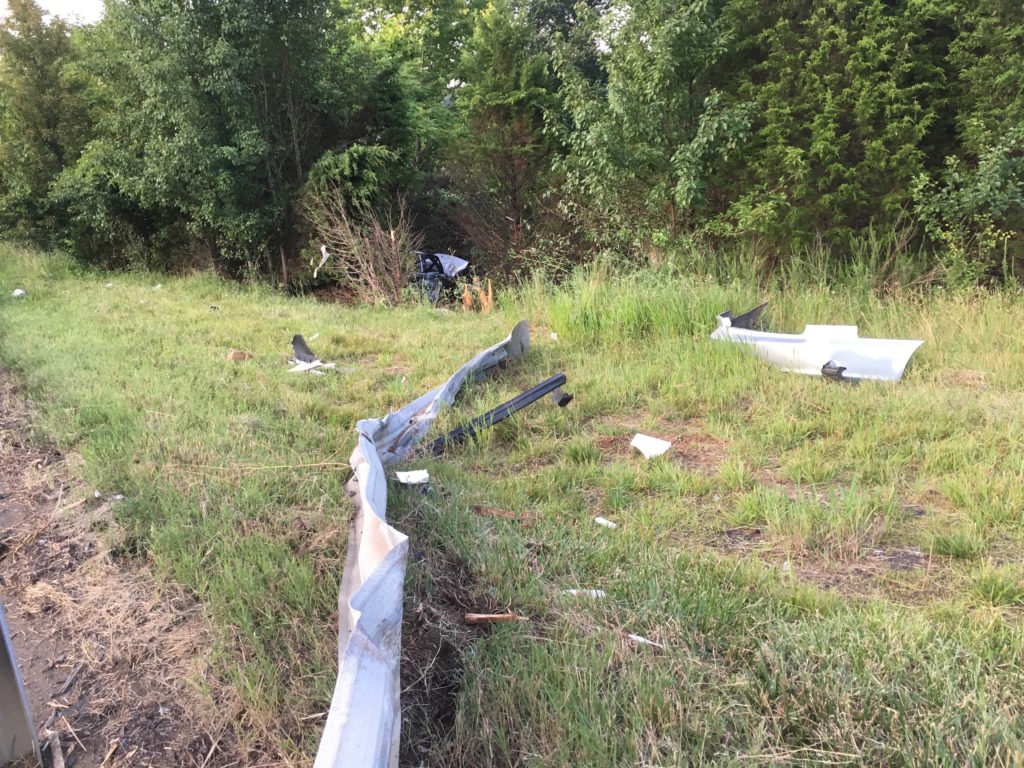 Permanent link to this article: https://www.warrentonfire.org/traffic-crash-james-madison-hwy-3/