At 0450 hours on the morning of Saturday, December 10th box 0131 was struck for a reported house on fire. Fauquier ECC had advised responding units that all occupants were out and this would be a working fire. The occupants were alerted to the fire by working smoke alarms, however their two cats were unable to be located. Wagon 1 and Batt. 1 arrived to find a 2 story, balloon frame single family with fire throughout the first and second floors. The 360 degree lap of the house revealed fire was running the rear right side of house as well. An aggressive fire attack was commenced in an attempt to save the burning property. With balloon frame construction, there are no fire stops made from floor to floor, creating a consistent opening in the walls. This aided in the fire spread throughout the house. Due to these factors, a portion of the house would collapse preventing access and prolonging extinguishment. During the incident crews fought water supply issues, causing firefighters operating inside to be forced outside, once water supply was re-established personnel made another aggressive attempt but were forced out again due to a partial collapse.

Red Cross assistance was offered to two adults that were displaced, the fire resulted in two minor injuries to firefighters who were treated, transported and released. The cause of the fire is still under investigation by the Fauquier County Sheriff’s Office. Units operated on the scene for six hours in total. Batt.1 held command which was later passed to AC1. 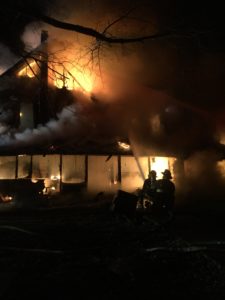 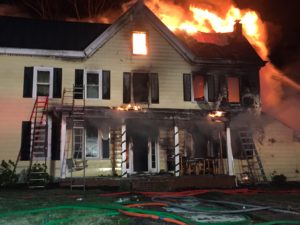 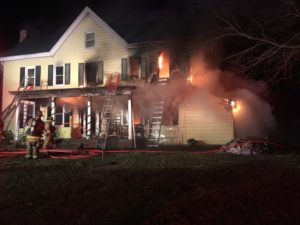 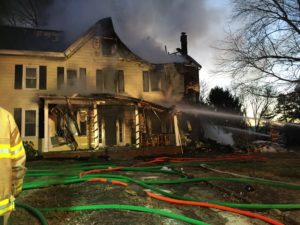 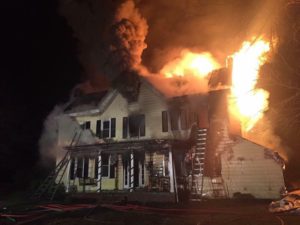 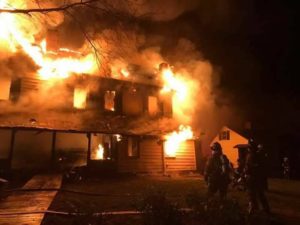 Permanent link to this article: https://www.warrentonfire.org/structure-fire-blackwell-rd/