On December 28th around 2305 hrs, Box 1301 was sounded for the residential structure fire, reported by multiple callers. AC7 arrived on scene to find fire through the roof and declared the call a working incident.

W1 arrived on scene, stretched the back up line, and assisted with ventilation, searches and other fire ground activities. K1 arrived and assisted with overhaul operations. No injuries were reported and all occupants were accounted for. 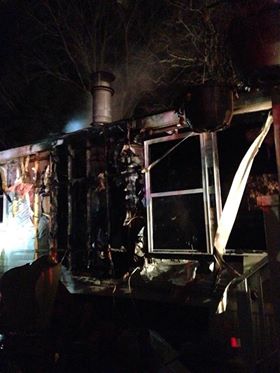 Permanent link to this article: https://www.warrentonfire.org/structure-fire-bain-ct/