Members from the Warrenton Volunteer Fire Company along with members from the Remington Volunteer Fire Company assisted with Tower 1 and Truck 2 to fly the American Flag for Retired Fire Chief RP Glascock’s funeral procession. The American Flag is flown from the ladder trucks so the funeral procession may drive under, this is a common tradition for fire department funerals.

RP Glascock was a member of the Marshall Fire Department for 65 years, 30 of which were served as Chief of the Department. Chief Glascock passed away on December 23rd 2016.

Members in attendance from the Warrenton Volunteer Fire Company: 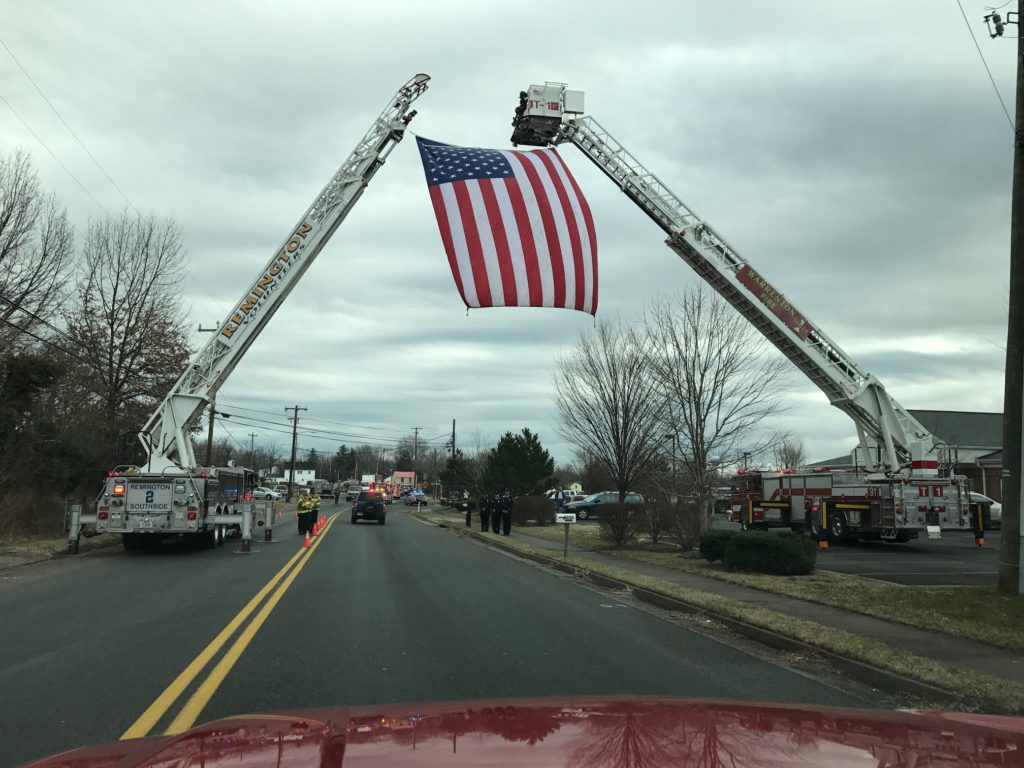 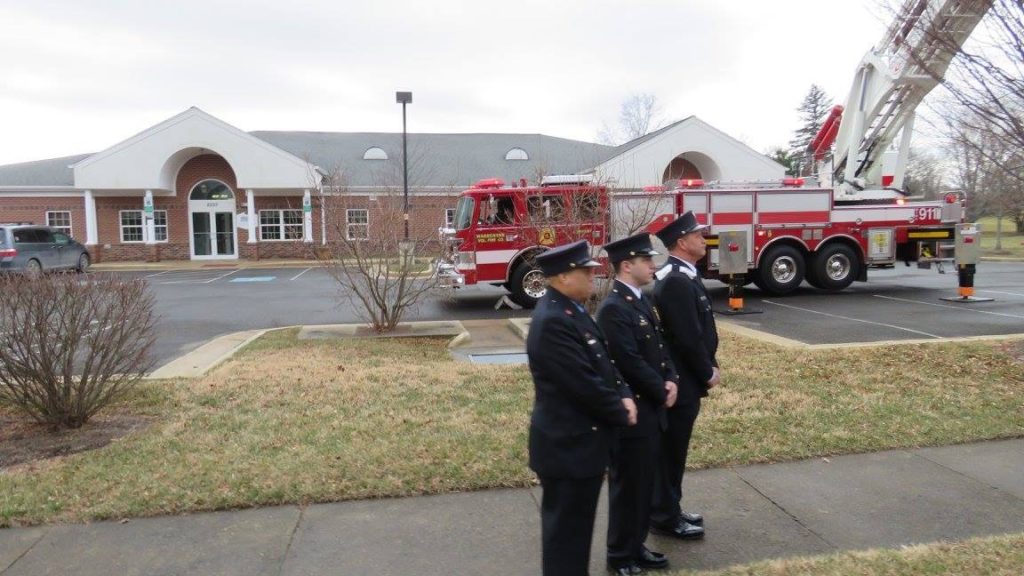 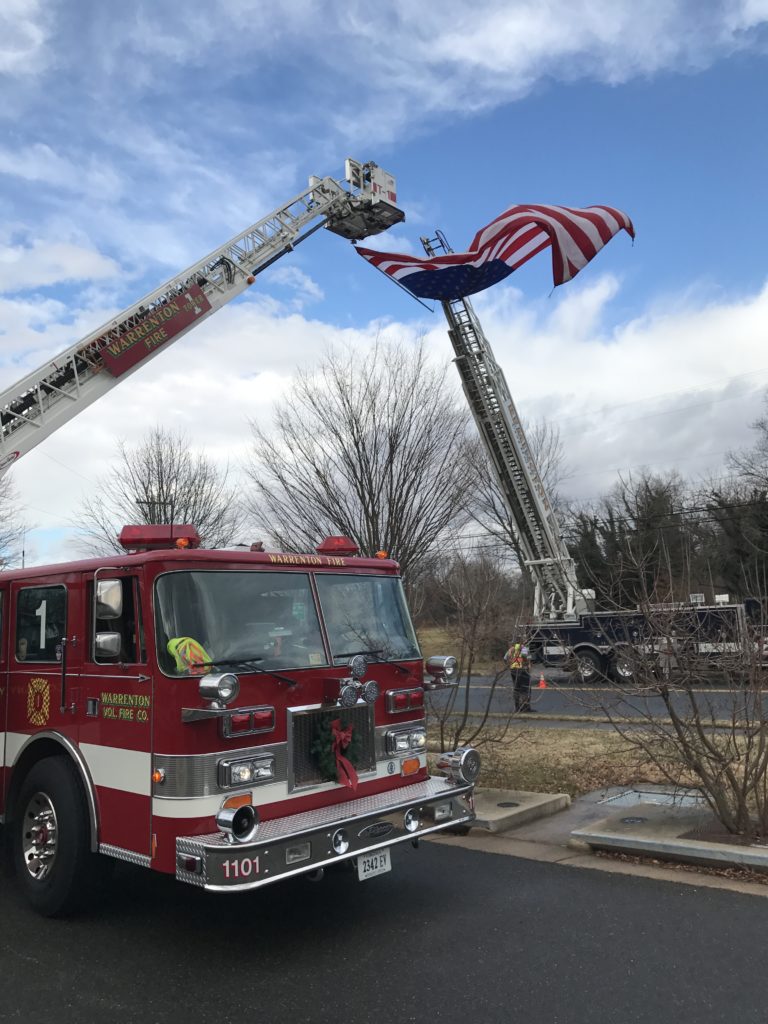 Permanent link to this article: https://www.warrentonfire.org/retired-fire-chief-rp-glascocks-funeral/