More than 40 incidents in 12 hours are how Company One spent a very windy Saturday.   All apparatus from Company One and most of our volunteers from Warrenton played a role in many of Fauquier Counties emergency responses.   The Company was dispatched on calls from Goldvein to Paris and from Catlett to Orlean.  A few of the emergency responses included 30+ mile drives with lights and sirens between incidents.   What is critical is that all personnel returned to the station sore, tired, and without injuries.  The incidents ranged from electrical wires down to 100+ acre wildland fires.  Here are some highlights: Box 0708 – Rogues Road – Outside fire with multiple homes threatened.  Chief-1 had command with apparatus from Companies 1, 2, 3, 4, 7, 10, 19 and a Dozer from Virginia Department of Forestry.  A 10 plus acre wildland fire started by a tree into electrical wires with mixed grass and dense woods was burning upon arrival.  Wagon 1 performed structure protection while a mobile attack with brush trucks suppressed the moderate rate of spread grass fire.  Simultaneously handlines were extended into the woods to stop the fire.  The VDF Dozer performed a direct attack on the head of the fire that stopped the woods fire in its tracks.  Units were on scene for 5 hours. Box 0408 – Blantyre Road – Outside fire with structures threatened.  Captain-1 had command with apparatus from companies 1, 4, 7, 10, and 11 plus two privately owned front-end loaders.  The fire initially was sized up at 5 acres of grass and woods burning with a wind driven rapid rate of spread.  The fire was started by downed power lines.   Flame heights of 15 feet were observed.  Wagon-1B successfully stopped the fire from jumping Blantyre road and Georgetown road using a direct attack on head of the fire.  Engine-10 performed structural protection.  The rapidly moving fire was throwing multiple spot fires 20 and 30 yards ahead of the fire front.  The fire burned 30 acres and was contained in 3 hours.  Units were on scene for 4 hours.  Company 1 units cleared and responded directly to a vehicle accident, a small outside fire, a medical local and then went to the Cannonball Gate fire. Box 0126 – Cannonball Gate Drive – Outside fire with structures threatened.  Asst. Chief-1 had command of units and volunteers from companies One, 2, 3, 5, 11, 1403 along with Battalion 3 on scene.  The initial size up was a 5+ acre grass and woods fire started by downed electrical wires with outbuildings and power lines threatened.  The fire had a moderate rate of spread in low lying grass and woodland.  Tanker-1 was first on scene and initiated a progressive hose lay on the eastern and southern flanks of the fire.  450 feet of fire hose provided the capability to reach these flanks.  The northern flank and outbuildings were protected by Engine-3.  The western flank of the fire was attacked by Gator-2 and Engine-1’s crew with hand tools.  The fire was confined to approximately 6 acres in about one hour.  The overhaul took over 4 hours to complete.  Final mop up was conducted using CAFS from Engine-11 and Gator-5.  All units cleared after 5 hours on scene. Box 0410 – Old Tavern Road – Outside fire.  Early Sunday morning found Captain 1-2 in command of a slow moving grass fire started by an improperly extinguished controlled burn with a 3/4 mile fire front and over 50 rolls of hay burning in The Plains.  Apparatus from companies 1, 3, 4, 5, 10, 11, and the Virginia Department of Forestry responded to this narrow fire which was contained in 1 hour.  The overhaul of the hay bales was hampered by high winds and the crews being whipped from the previous day’s activity.  A 30′ dozer line was set around the largest stack of 44 hay bales to protect from blowing embers.  All units except Company 3 and 4 cleared after 4 hours on scene. Box 0303 – Prince Road – Outside Fire.  Wagon-3 had command of a slow moving 2 acre fire.  Units from Companies 1, 3, and 10 quickly contained the fire with hand tools in 1 ½ hours.  Brush 3 performed mop up.

Units on the assignment: All units and all hands. 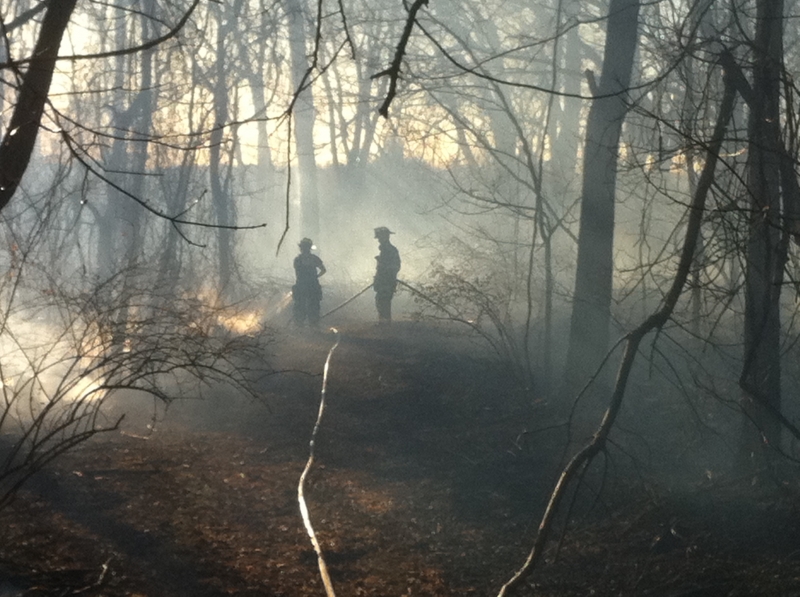 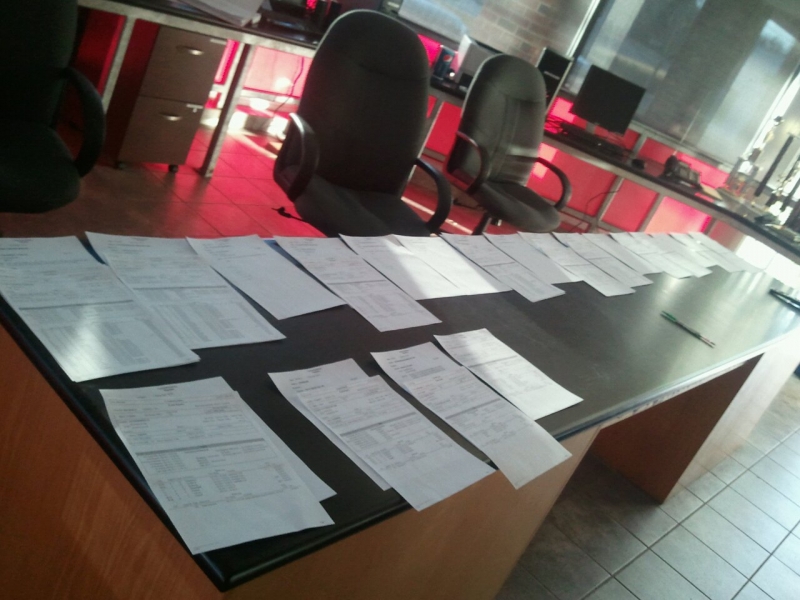 Permanent link to this article: https://www.warrentonfire.org/outside-fire-countywide/