On Saturday, September 30th, 2017 just before 7:00 p.m. box 0112 was struck for a commercial structure fire at the McDonald’s in the Opal area of Fauquier County. Fauquier Communications and Fauquier County Sheriff’s Office (FCSO) reported a grease fire in the kitchen, smoke coming from the roof, and that the fire was possibly out. Wagon 1 was first to arrive and found a one story restaurant attached to a gas station with smoke coming from the roof of the structure and the restaurant portion charged with smoke. As the walk around was completed and hose line stretched smoke conditions began to worsen in the restaurant. Crews found fire in the kitchen and in and behind the fryers with extension to the wall and cabinets. Fire was held in check by Tower 1’s crew with the class D and ABC extinguishers while it was ensured the hose line was flowing foam. Primary search of the cooking area was completed by Wagon 1 and a secondary of the cooking area was completed by Tower 1, who also completed a primary of the reminder of the restaurant and gas station. The outside crew of Tower 1 and Wagon 7 operated on the roof cutting several holes for ventilation and to ensure fire had not extended. The hood system did activate during the fire as the Wagon and Tower were making entry, Batt.1 had command assisted by Chief 7. The county building official and health dept. were called.  The fire is under investigation by FCSO. The first due units operated for just over 2.5 hours, bringing the fire under control in approximately 20 minutes. No injuries to civilians or emergency personnel. 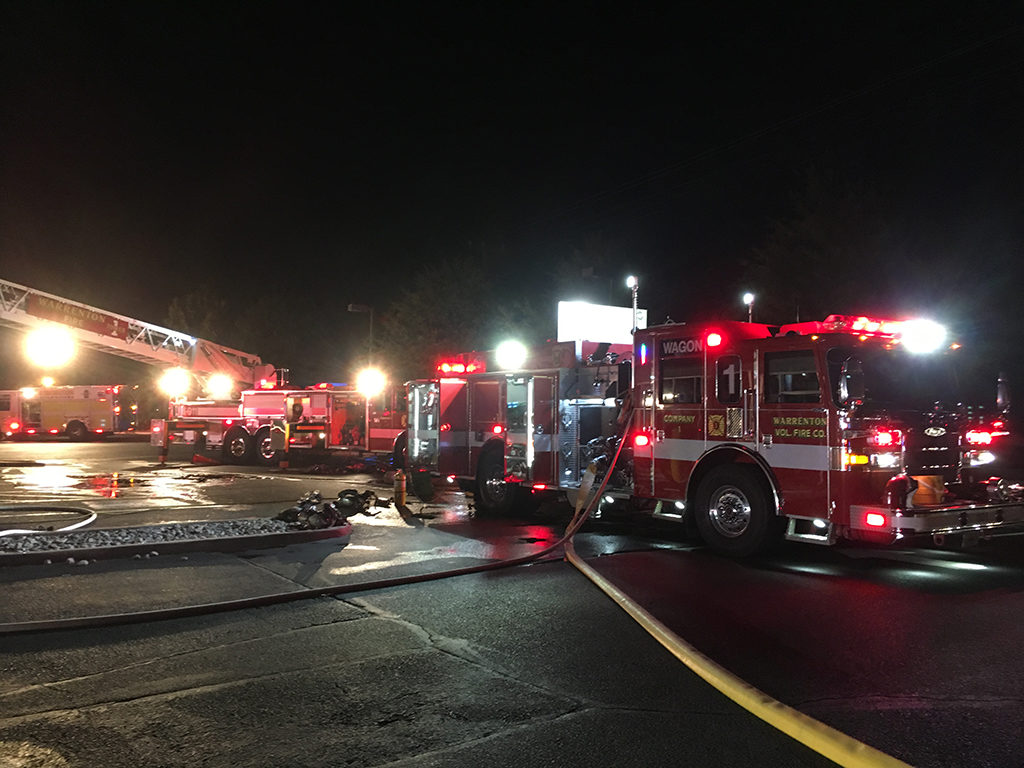 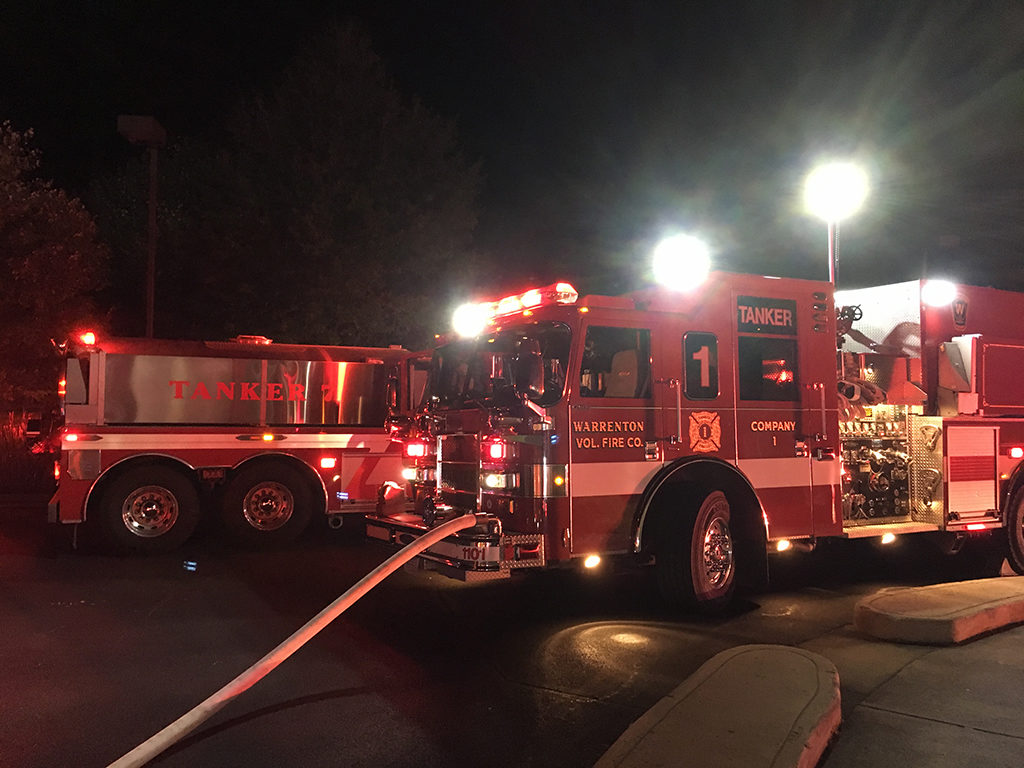 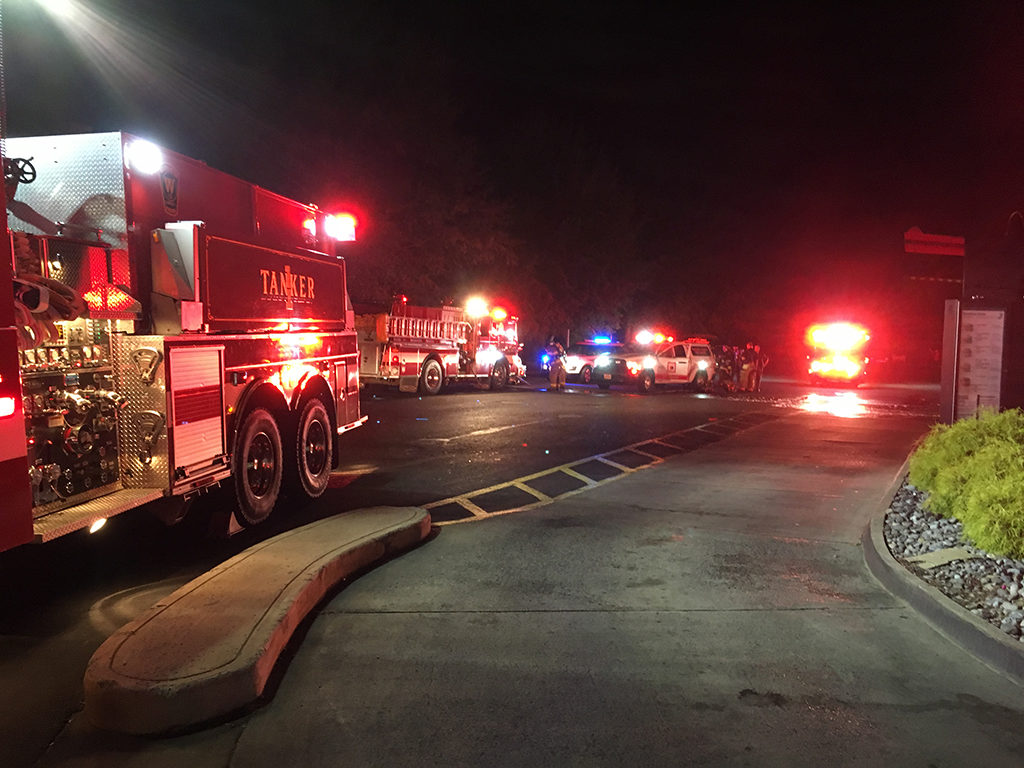 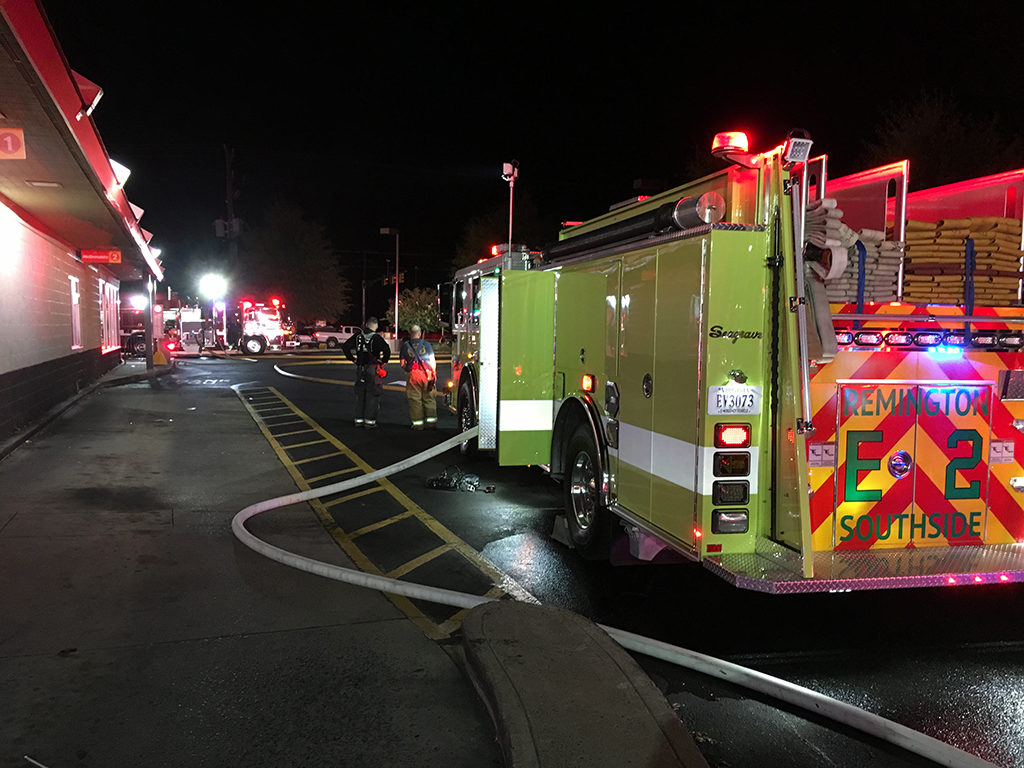 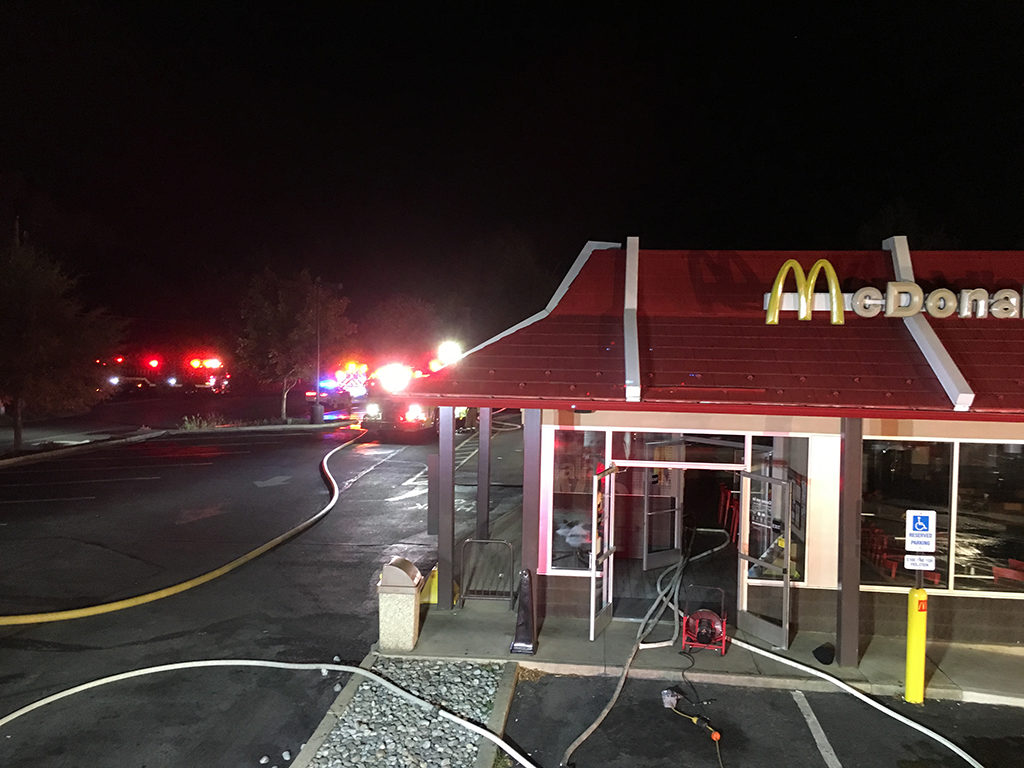 Permanent link to this article: https://www.warrentonfire.org/commercial-structure-fire-james-madison-highway/