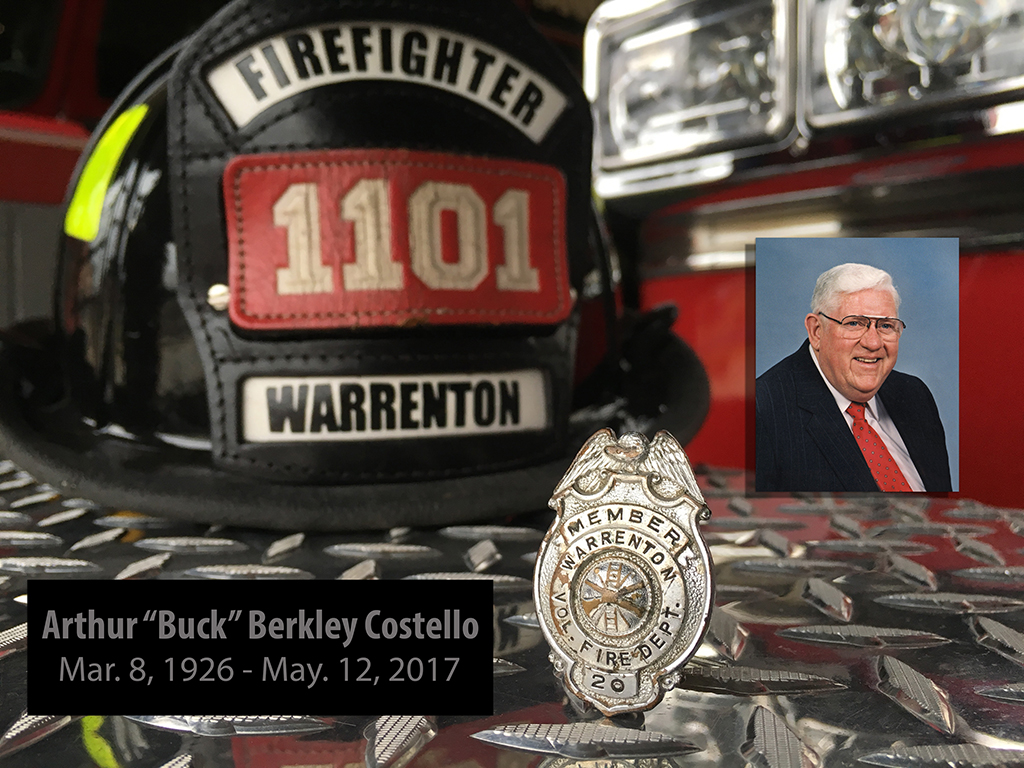 Arthur Berkley (Buck) Costello was called to his heavenly home on May 12, 2017. He was born in Warrenton, VA on March 8, 1926. He was predeceased by his parents, Lloyd and Florence Costello and a sister, Mae Bass. He is survived by his wife of 65 years, Alberta Ramey Costello; a son, Donald Costello of Richmond; a daughter, Kimberly Housman and a son-in-law, Scott Housman of Warrenton. He is also survived by a sister, Doris Bowen, and brother-in-law, Robert Bowen, of Warrenton and many cousins, nieces and nephews.
He graduated from Warrenton High School. He joined the Navy at age 17 and became a torpedo man in the Submarine Service in World War II. He trained at New London, CT and Mare Island, CA. He served aboard the SS397, Scabbardfish, in the Pacific. He was on Guam, Hawaii, Siapan, Midway, Eniwetak, and was on war patrol at the war’s end.

After the war, he returned to Warrenton and worked at Warrenton Supply, Tom Frost’s Garage and Warrenton Training Center. He retired from the federal government after 30 years.

A memorial service will be held at Moser Funeral Home on Thursday, May 18 at 2 p.m., preceded by visitation at 1:30 p.m. There will be a private burial at Warrenton Cemetery. Reverend Frank Fishback and Reverend Jay Lawson will lead the service.

In lieu of flowers, memorial donations may be made to the Warrenton Volunteer Fire Company, which includes the Rescue Squad, or the Warrenton Baptist Church.

The company is honored to have had Mr. Costello among it’s ranks and prides itself on continuing the traditions of past members.

Permanent link to this article: https://www.warrentonfire.org/arthur-buck-berkley-costello/